Read about our beginnings and those who came before us to make CHIEF what it is today. CHIEF is build on the Biblical principles and on the godly men and women who sacrificed their lives for the Native peoples. Our founder was Tom Claus (pictured) who completed his earthly pilgrimage in 2013 . Get InvolvedGive

Tom Claus, Founder of CHIEF,  called together more than 100 Christian Native leaders, from different areas of the hemisphere, who represented mission agencies, denominations, schools, colleges, tribes and government agencies to participate in the Conference on Christian Indian Leadership and Evangelism held in Albuquerque, New Mexico.

This photo represents CHIEF beginnings. This is the group that was our first staff and volunteers. Some, are still actively serving with CHIEF.

On behalf of the Native Christian leaders of Arizona, Tom Claus, Founder of CHIEF, Inc., honored Dr. Graham with a headdress and Indian name at the Tempe, Arizona Crusade. 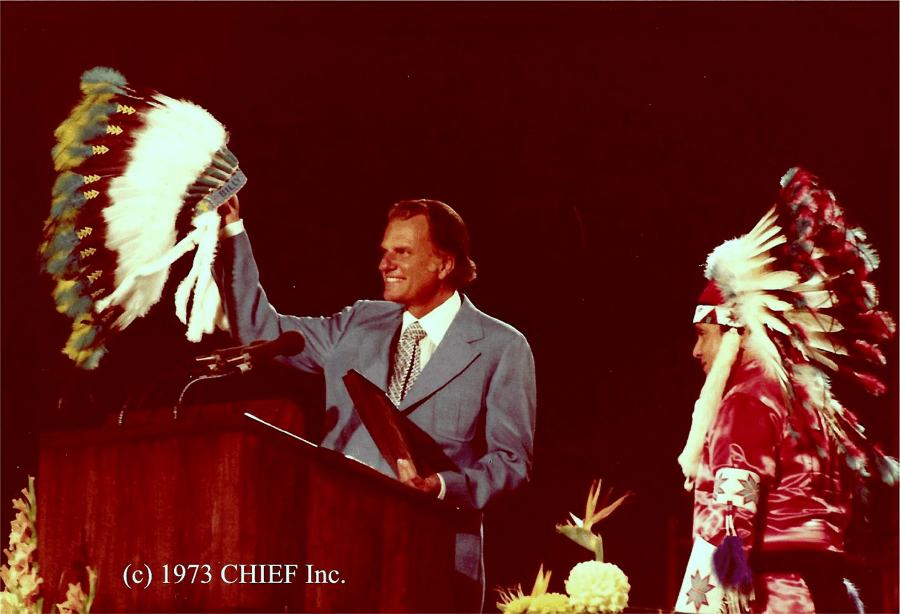 CHIEF was started after the Conference of Christian Indian Leadership and Evangelism in Albuquerque, New Mexico.

The first International Congress of Indigenous leaders was held in Norman, Oklahoma. 350 Native leaders were in attendance from the Americas.

The SonRise International Conference on Evangelism and Discipleship was held in Glorieta, NM. 500 Native leaders attended from the Americas.

CHIEF Native Christian Leadership Forum was started as a round table of collaborative Native leaders addressing ministry and social needs among Native communities.

Huron participated along with Secretary of State Mike Pompeo, Former U.S. Congresswoman & Presidential Candidate Michele Bachmann, President of Family Research Council Tony Perkins, Overseer & previous Sr. Pastor of Times Square Church Carter Conlon, and a host of others lifting prayers/petitions; asking for forgiveness for the sins of our country and seeking a “mercy moment” from God. The event took place on Lot#1 in Plymouth, MA. in the house that stands on the foundation of the first original home built in 1620 at the Plymouth Colony. 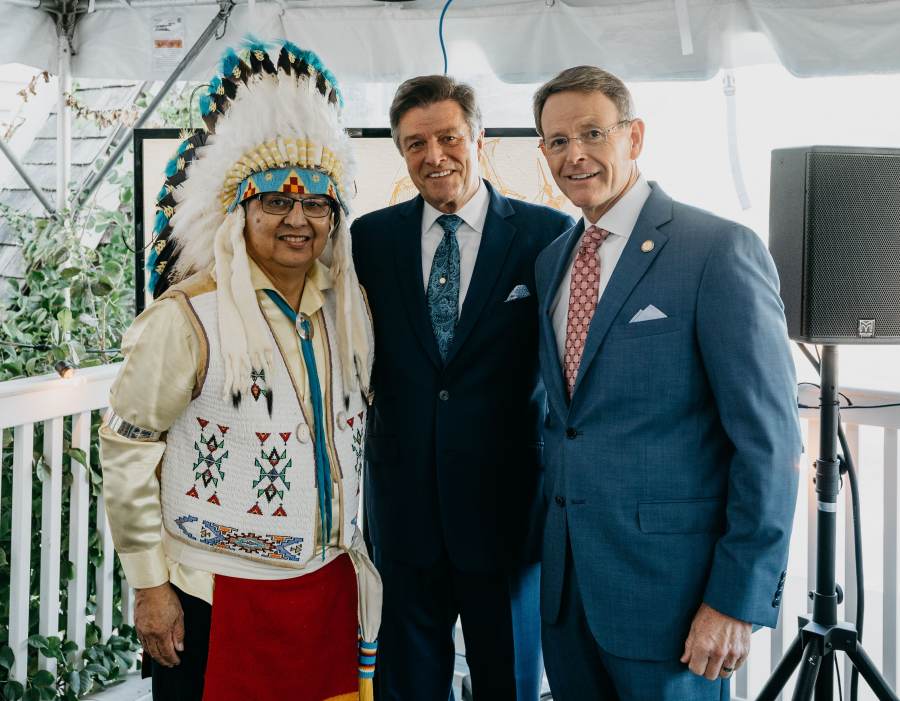 United in Christ Conference focuses on reaching every Tribe, Nation, and Tongue. (CHIEF in Partnership with Oak Hills Christian College)

CHIEF publishing a written/digitalized Native Discipleship Magazine – Transformed by Christ, in the Image of Christ.

“Our Native Christians are a quiet people, but if they are taught the power of prayer and power of the Holy Spirit, they can go to their families, tribes and nations and speak boldly the Word of God. Then, our evangelism strategies like the early church, will be effective and powerful not only in the location where we live, but in other Native villages, in every part of our reservations and even to the remotest tribes and nations of the world.”

About
History
The Native People
What We Do
Speaking

Prayer
Be an Advocate
Volunteer
Send
Give
Contact Us

Subscribe to our CHIEF newsletter. We love to stay in touch with you.