400th Anniversary of the First Thanksgiving Commemoration in Plymouth, MA 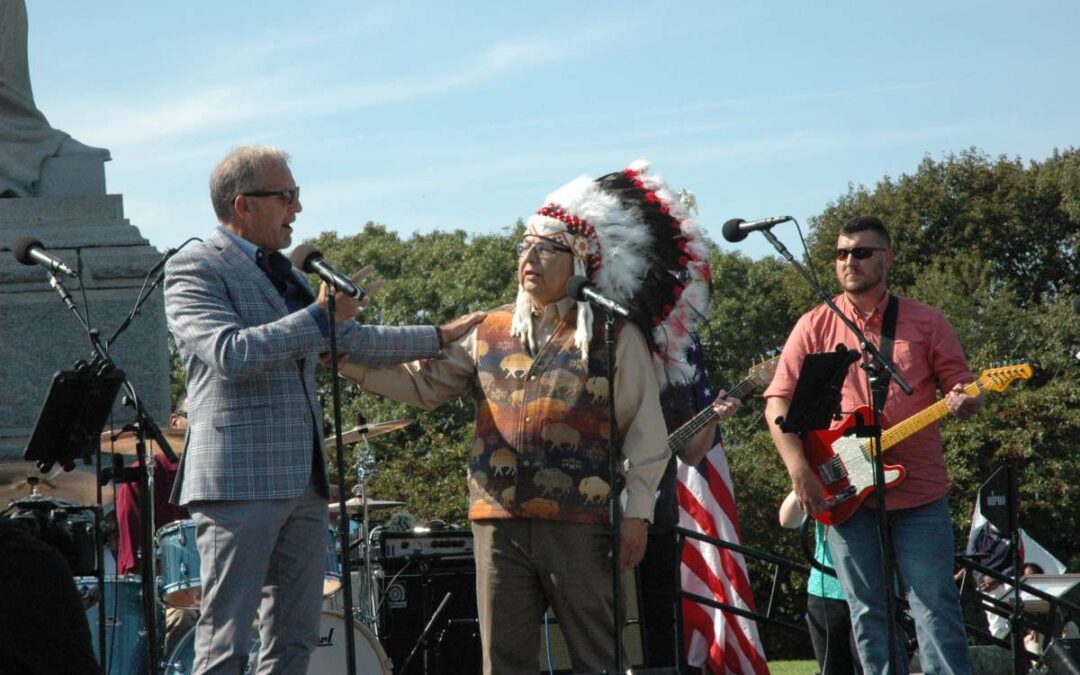 On Saturday, October 2, 2021, Native leaders Huron Claus, Negiel Bigpond, Billy Tallas, and Reynard Faber joined direct descendants of the Mayflower at the National Monument to the Forefathers  to speak, pray, repent and reconcile in celebration of the 400th Anniversary of our Nation’s First Thanksgiving.  Hundreds of people sat in chairs on the grounds surrounding the monument to support this event, which commemorated the first Thanksgiving of 1621 when two worlds/cultures came together to share in the bounty that God had provided.

The four sides of the monument represent the cornerstones of our nation:  Faith, Liberty, Morality, and Law.  Standing beside the Mayflower descendants, Pastor Negiel Bigpond prayed for the Law of our land, Billy Tallas prayed for Justice, Reynard Faber prayed for Mercy and Huron Claus interlocked arms with Pastor Neil Eaton representing their unity in Christ.

Although an early week forecast called for inclement weather, God provide an ideal day for this 3-hour long event. Besides the comments and prayers that were spoken, Patriotic and Christian music was supplied by a live band.  Master of Ceremonies was Greg Winslow, a direct descendant of Edward Winslow who traveled on the Mayflower and was a signatory of the Mayflower Compact.  Greg concluded the day by having those in attendance ascribe their names to a “new compact” committing themselves to the historic values of the Plymouth Colony.  To quote William Bradford, the first Governor of Plymouth Colony, “Nevertheless, to keep a good conscience, and walk-in such a way as God has prescribed in His Word, is a thing which I must prefer before you all, and above life itself.”

CLICK ON THE IMAGE BELOW TO SEE A GALLERY OF PHOTOS FROM THIS EVENT: 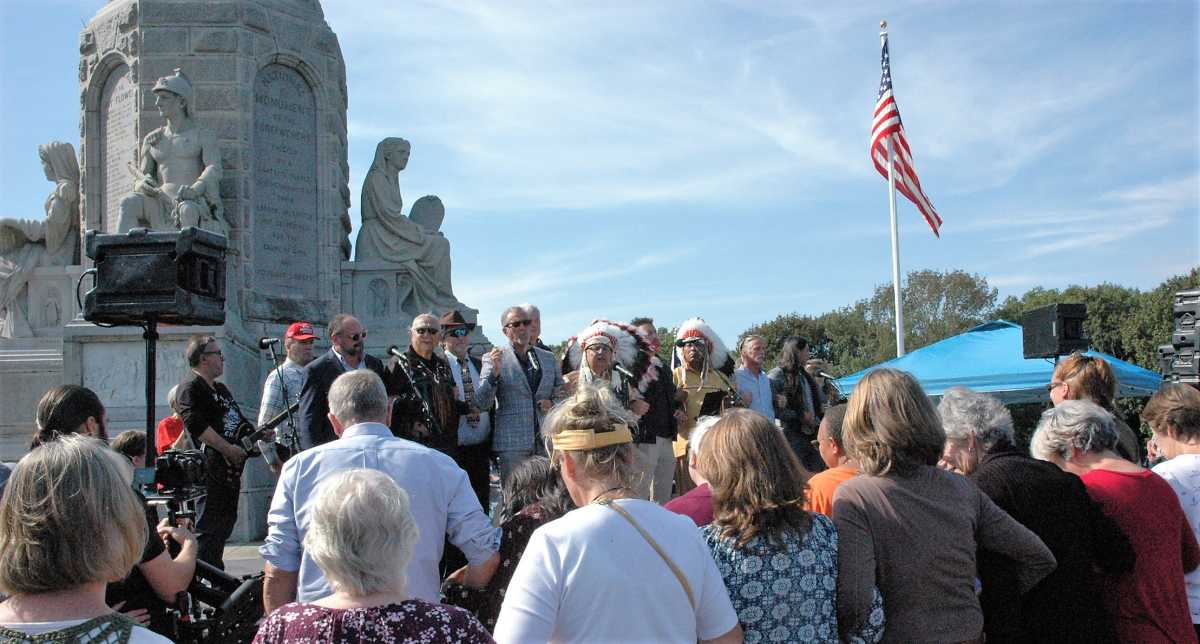 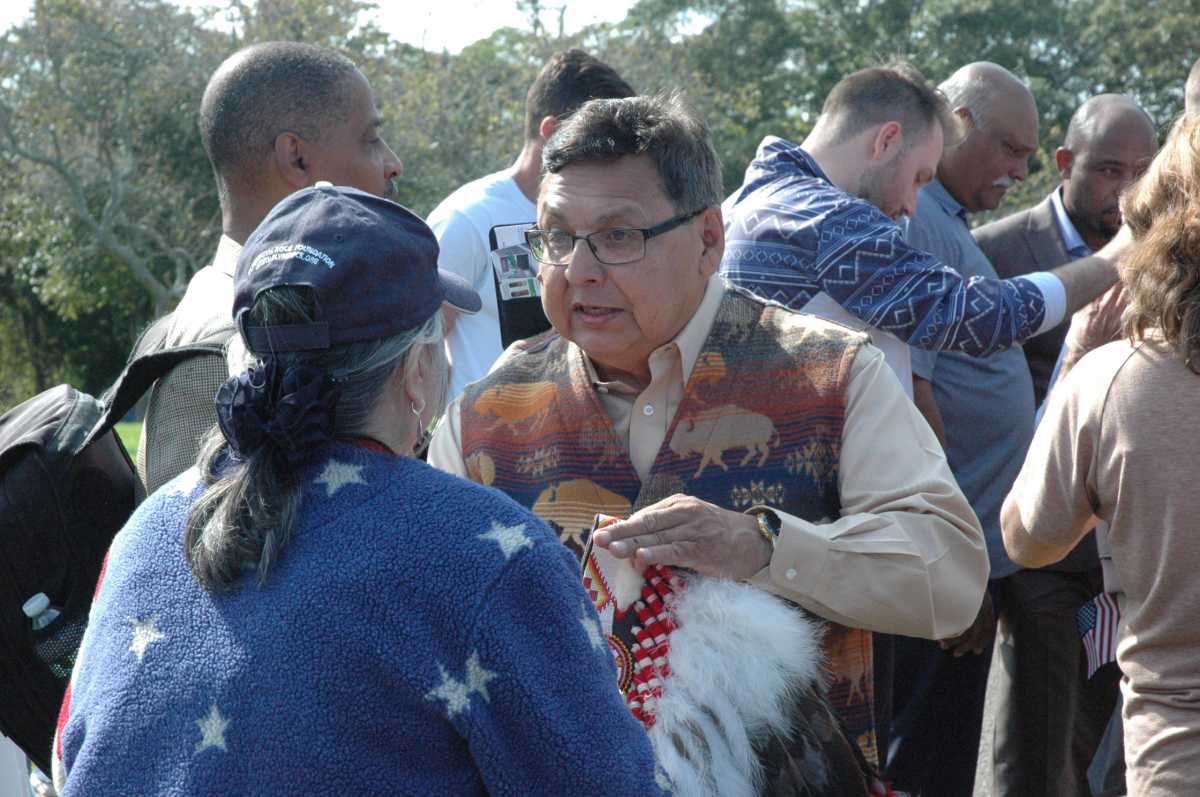 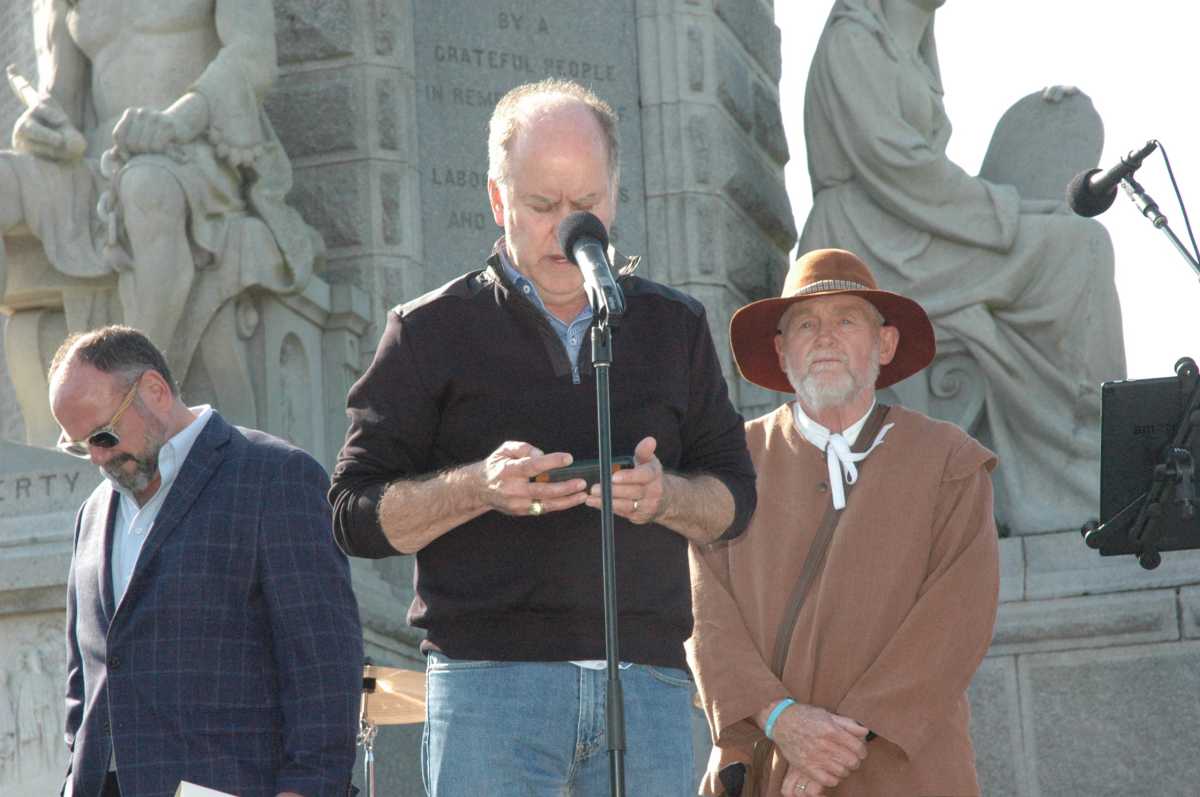 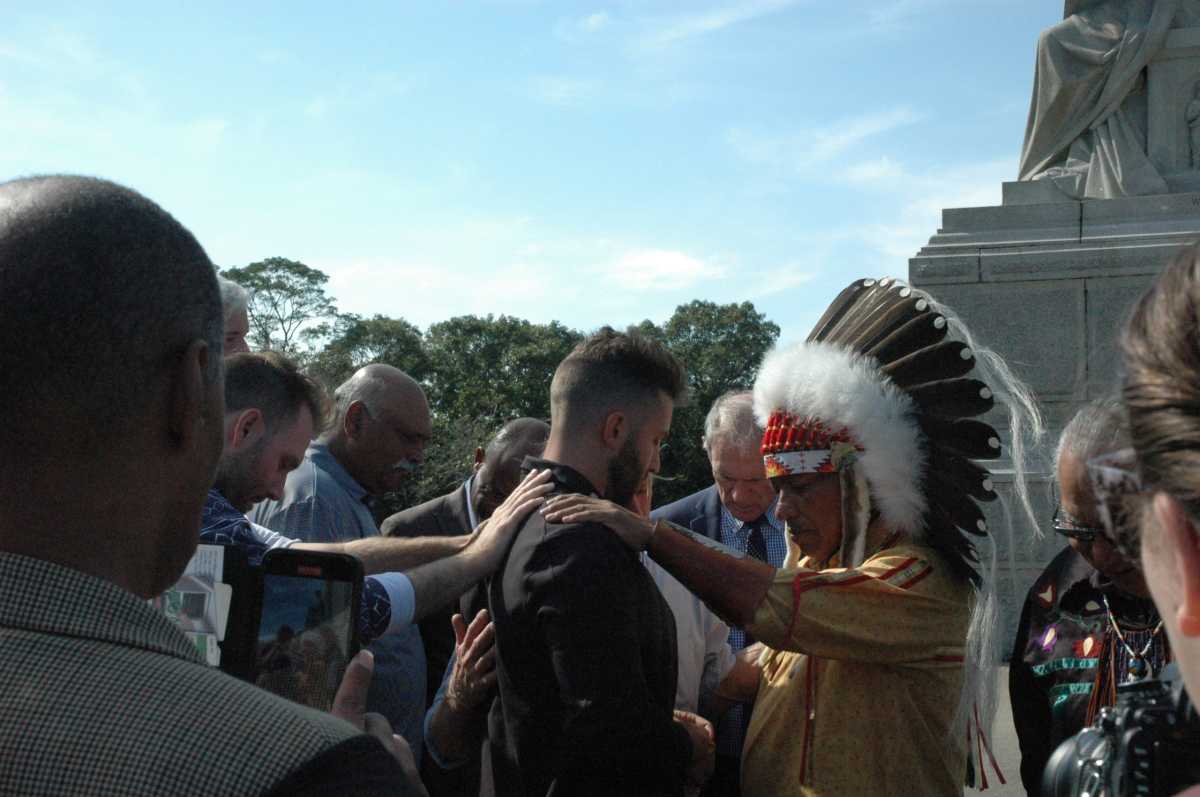 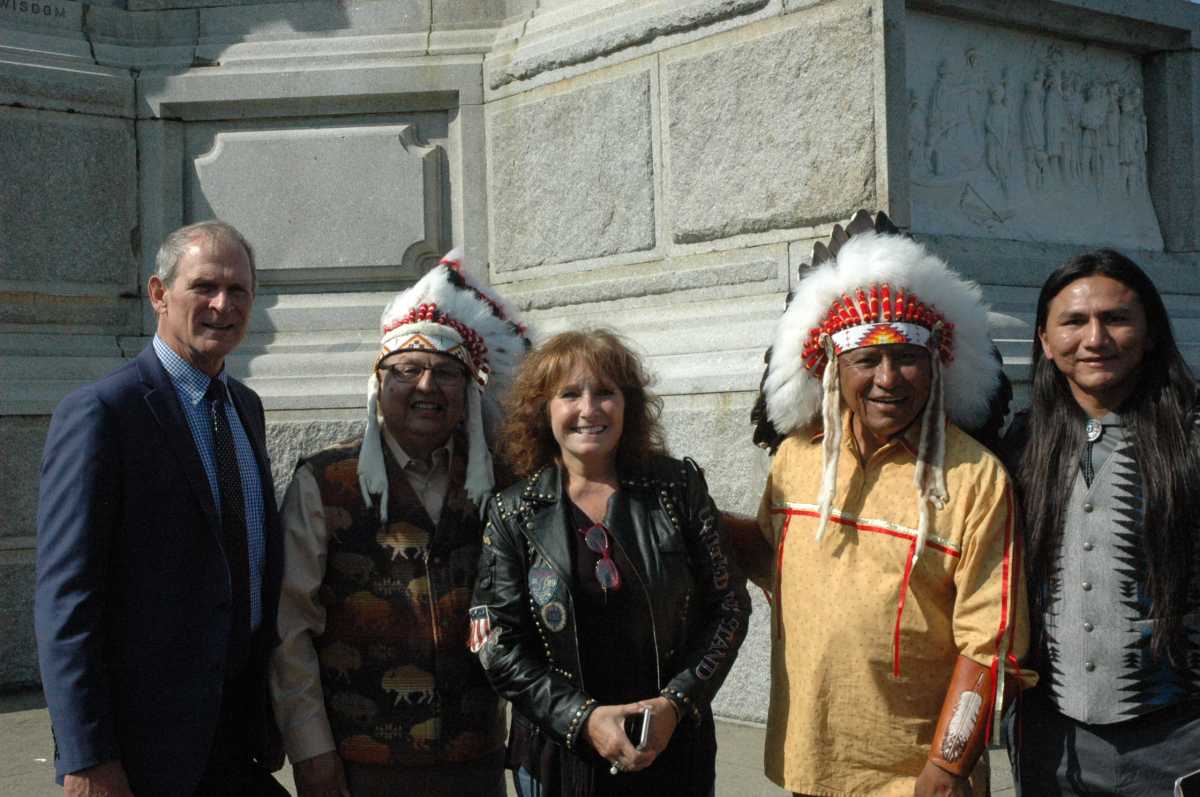 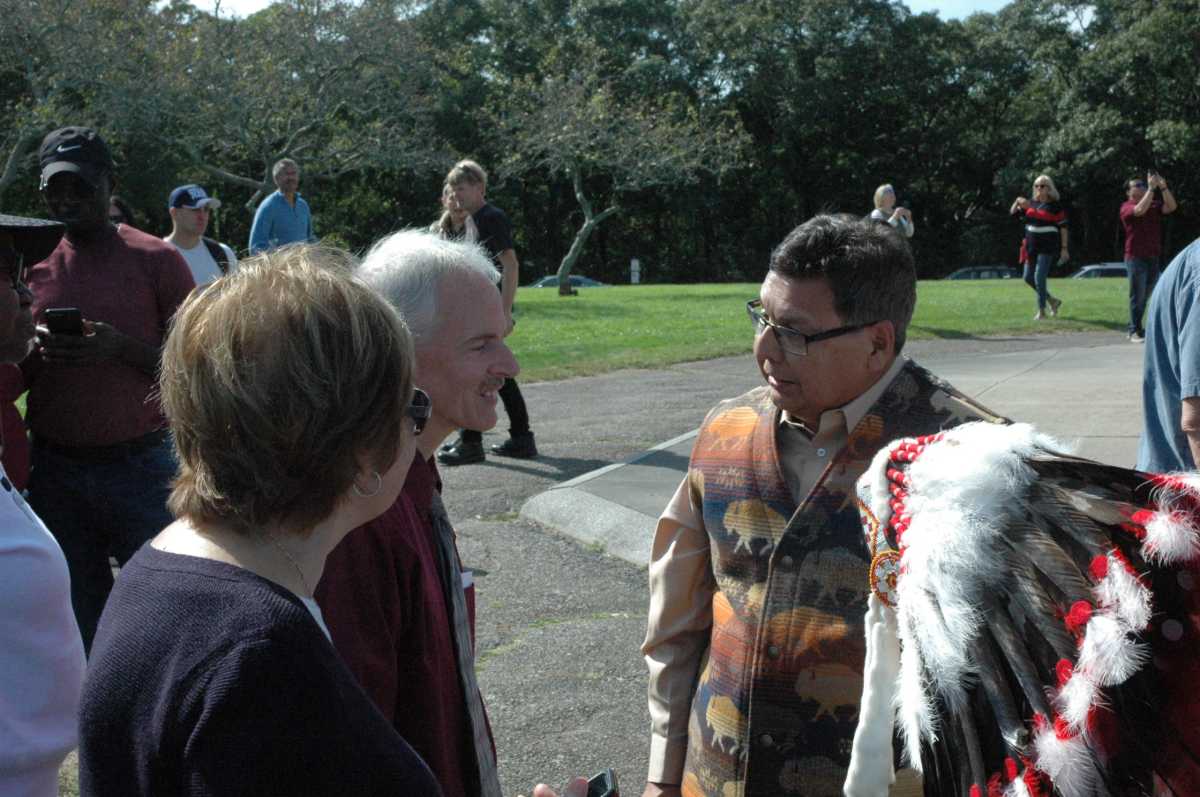 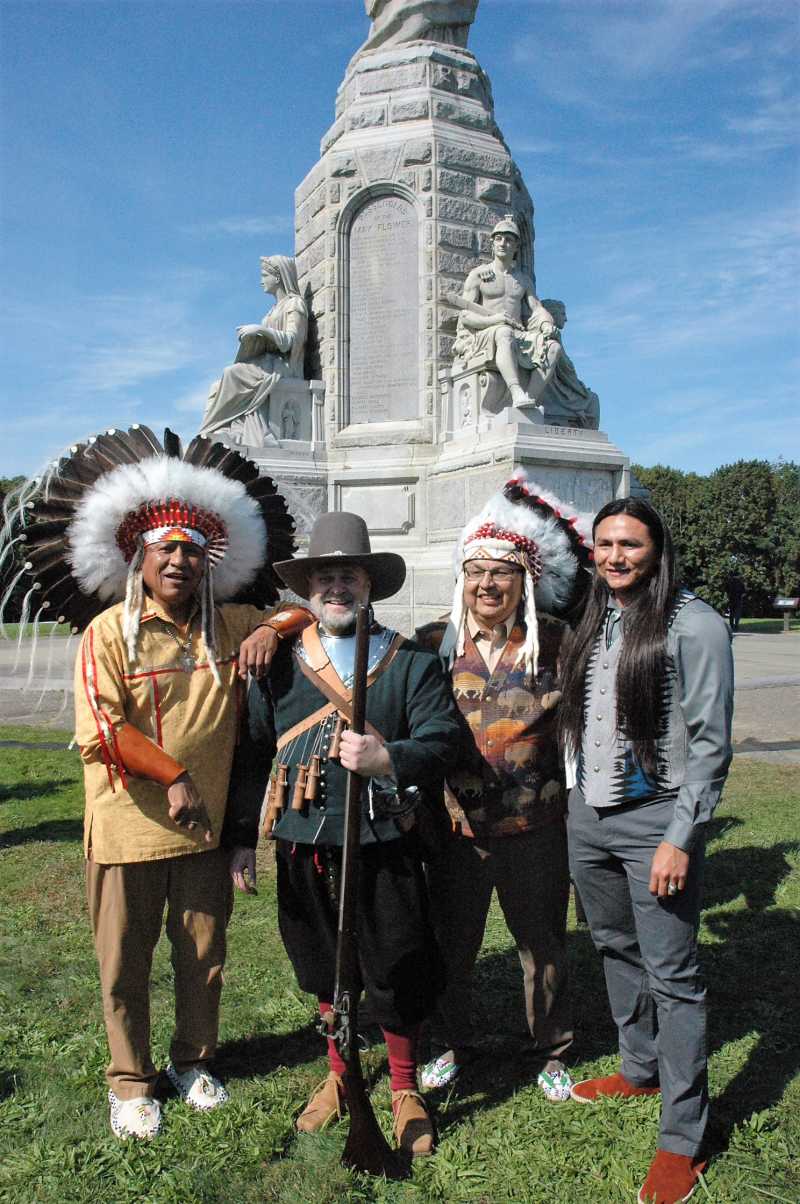 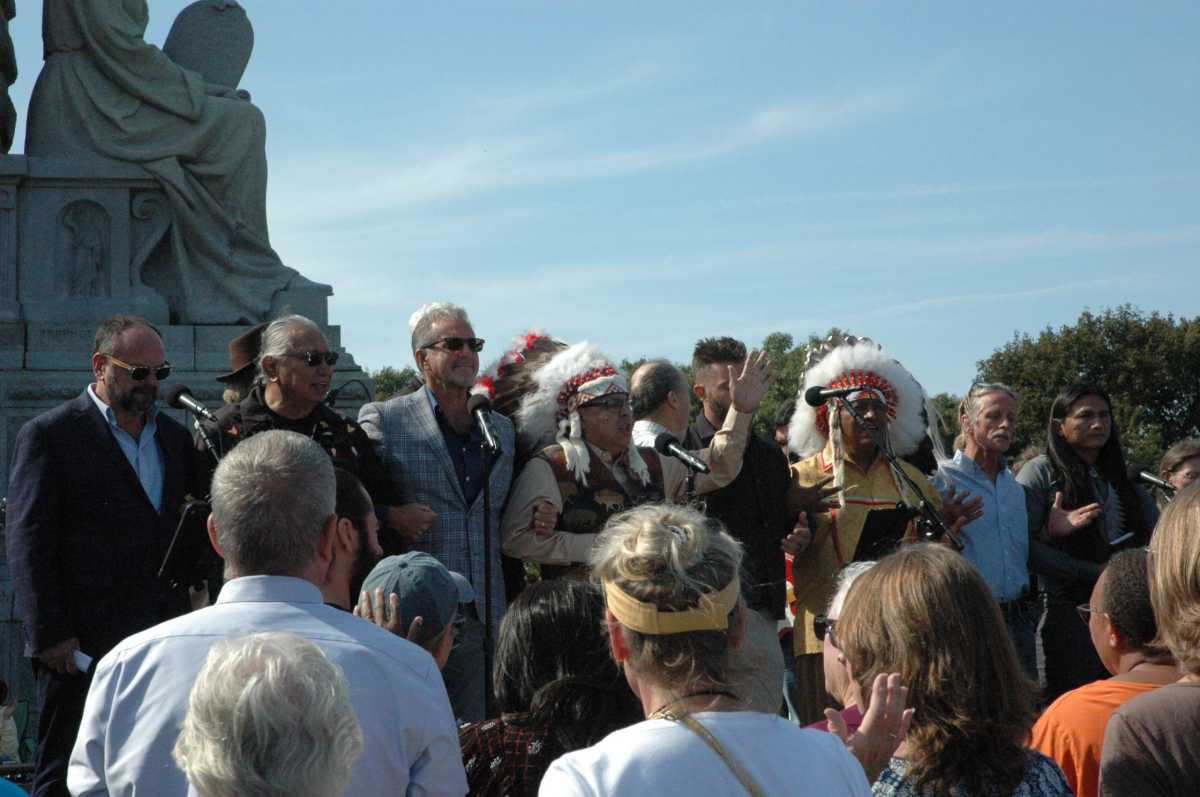 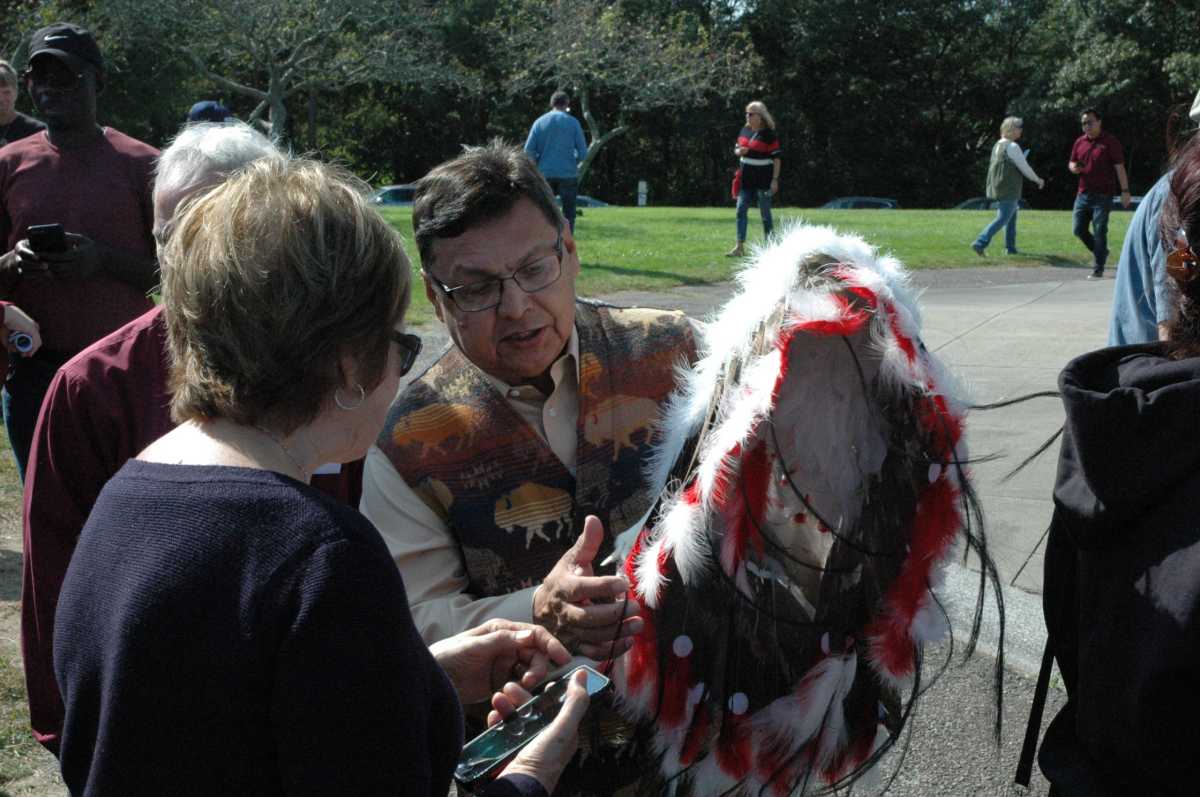 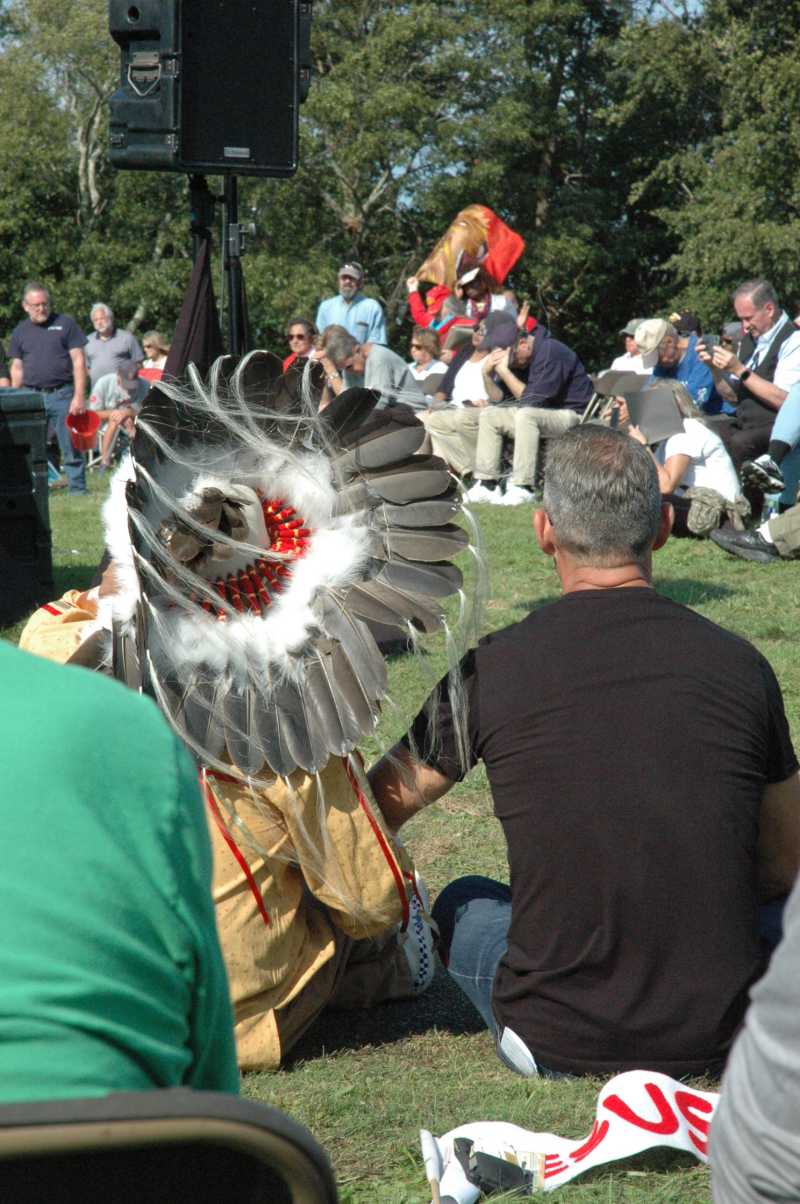 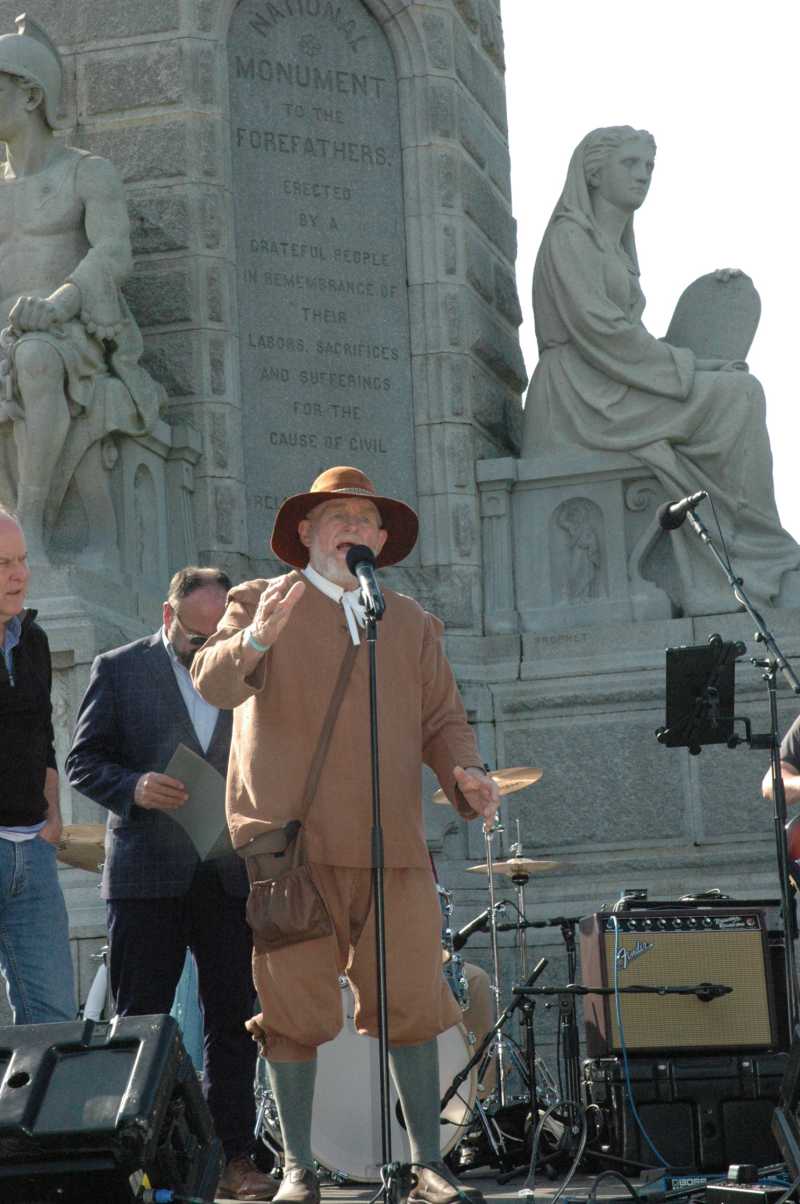 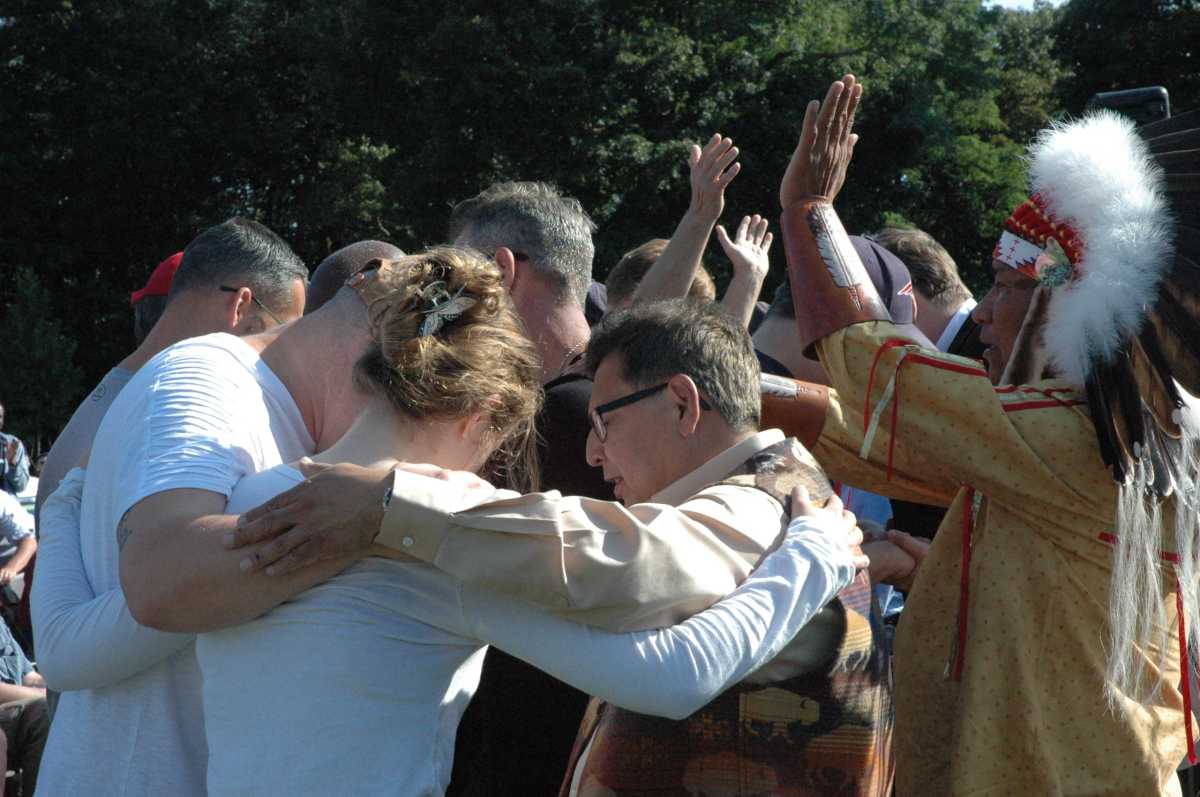 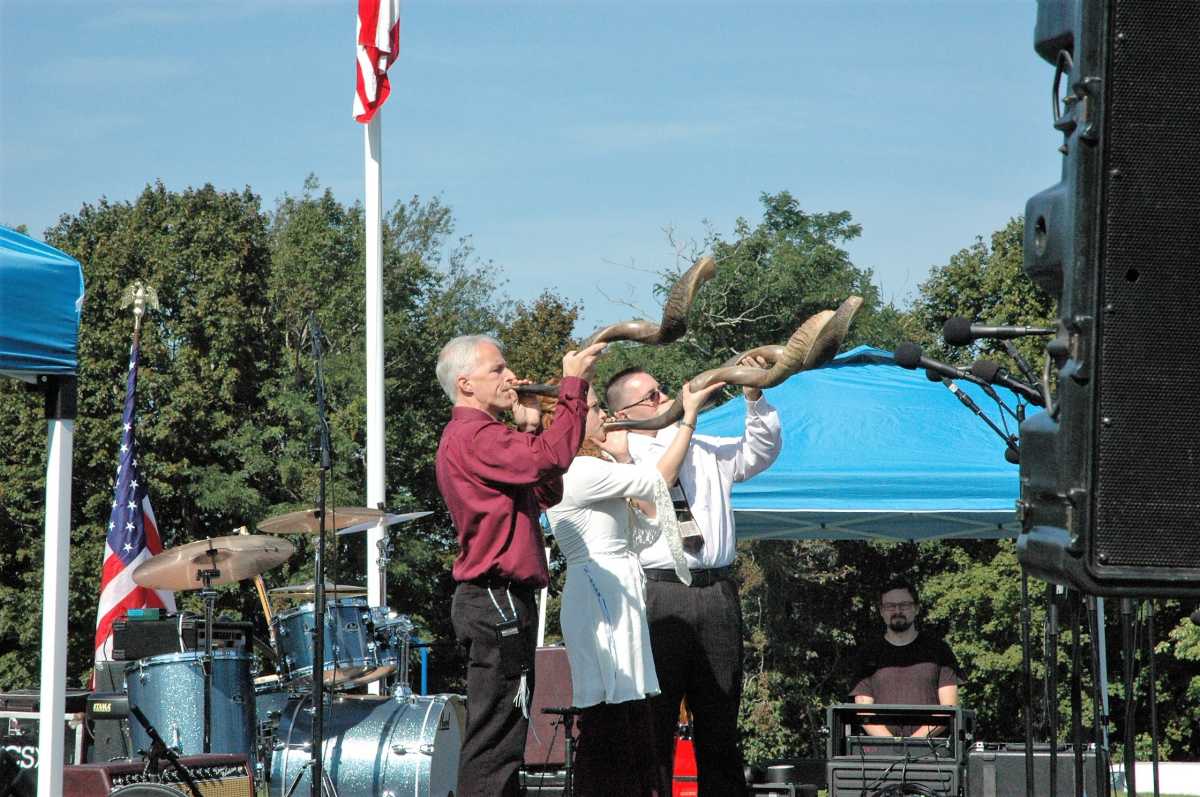