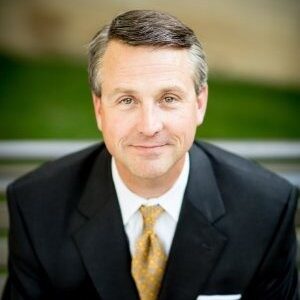 It’s great having Dr. Crume here for the conversation with CHIEF. And again, it’s always a joy to introduce different individuals that we are working with that have a heart for reaching out to Native Americans. You will hear native pastors and leaders, and missionaries that are sharing about their ministries with Native Americans.

And today I want to introduce a dear friend, a special friend from the Chicago area Dr. Gene Crume Dr. Crume is the president of Judson University. And there were really several connections with him even before I met him. My mother is a Kiowa, and the Kiowa you know, historically you can see where different denominations had influence with different tribes and the American Baptist had really had an influence among the Kiowa people, my mother’s people of Oklahoma.

I think of the Hopis in Arizona. And so, when I realized I would have the opportunity to meet the president of Judson, I was really looking forward to that meeting. Another reason why I was to meet Dr. Crume was to really challenge him, to reach out to our native people, not only students but our urban native people. And one thing that I always share about native America, and maybe we don’t realize this, but today we have 9.7 million native people that live in the United States, and over 73% of the total native population living in urban cities. So, historically the church has reached out to the reservations, but today we need to really look at creative, new ways of reaching the native person in the cities.

When we visit Dr. Crume today, he represents Chicago and there are over 60,000 native peoples living in the greater Chicago area. And one area of connecting to your native neighbor in the cities is through, I believe education and the institution of education. When our native people come to the cities, it’s really two reasons . . . for jobs and they’re coming for education. And so, it’s at this point, Dr. Crume it is a great joy to know you, meet you. And I want you to share a little bit about yourself. I was reading that you are the sixth president of Judson University. And really your area of leadership began. Welcome to Conversions with CHIEF.