Will Graham – A Conversation with CHIEF [Podcast] 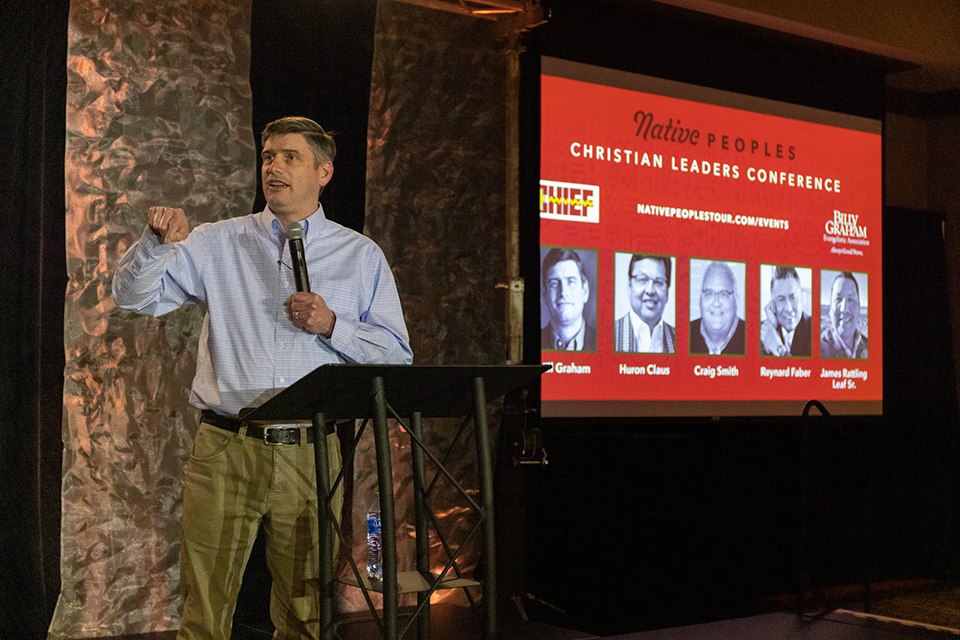 Altogether, more than 125 Christian leaders representing 14 states, two provinces and 24 tribes gathered for the Native Peoples Christian Leaders Conference in Rapid City, South Dakota. They came to be encouraged and equipped, to worship together and network, all with the goal of seeing revival spread through Indigenous communities in the United States and Canada.

As Will Graham addressed the assembly, he recounted a similar gathering that took place in Albuquerque, New Mexico, on March 18, 1975. During that meeting, Will Graham’s grandfather Billy Graham said, “You as evangelical Indians are a sleeping giant. You are now awakening. The original Americans could turn around and be the evangelists to win other Americans to Christ.”

“I believe this is our opportunity—a God-given moment in time,” said Will Graham, pointing back to his grandfather’s words. “God is waking the Sleeping Giant, and I believe God will use you to bring the last great revival. This is a moment in history that can change our country forever.”